A downloadable game for Windows and macOS

- check out the installation form of the game here -

That Night is a narrative driven puzzle adventure set in a forgotten home on the outskirts of a small, unremarkable town. Enter into a place left untouched for over thirty five years, whose story has been left untold and secret’s remain to be discovered. Play as Evelyn Young, a highschool sophomore who just moved to yet another painfully mundane town in middle America.

At least... that’s what she thought.

Evelyn makes friends with a group of cool kids at school and they invite her to their upcoming halloween party. They give her a map and make her promise not to tell anyone about the party. She hesitates, but eventually goes along with it and arranges to borrow her parents car. They were just happy to hear she had found some friends.

“Maybe this place wasn’t so bad.” Evelyn thought to herself.

The map they gave her was strange, the roads weren’t on her gps, and they seemed to wind on endlessly through the thick woodland on the north edge of town. It began to rain, heavily. Visibility dropped as the forest swelled with fog and mist, her car slid about with each turn. She thought about heading home, but there was no road to turn back to. FInally, she arrived, the house was forlorn and broken, groaning under the weight and wind of the rainfall.

She trudged toward the front gate, there was no sign of anyone, she checked her phone, maybe she could call them. Her phone was dead, she felt helpless and alone. Was this hazing? A prank? Left lost in the woods on halloween night by group of strangers,

This is where you come in, Guide Evelyn through this lost place and help her discover the strength within overcome the mystery of That Night.

The gameplay is reminiscent of genres from the early days of video games such as text adventures or point and click games but takes place within a handcrafted 3D environment. Each scene in the game is fully explorable and interactive offering plenty of story content to discover while completing each of the puzzles. As the player moves from room to room, the game switches to the adjacent screen creating a sense of continuity between the physical and virtual realms.

Download either mac or windows versions and run it!

This game is far from finished, but contains a handful of scenes to explore.

Must use Fantastic settings

USB NES game pad is proffered but keyboard controls do work as well:

Is there anything to find/explore after the computer room? Cause I went up the stairs and it was pretty empty.

Same here. Just a room with a branch type thing and a window but you can walk through the walls and fall off and doesn't seem like anything else to do. I was liking it so far too.

That's as far as I've gotten with development for now. Currently building the electronic "game console" portion of the piece.

you can see some more information at publicgames.ca :) 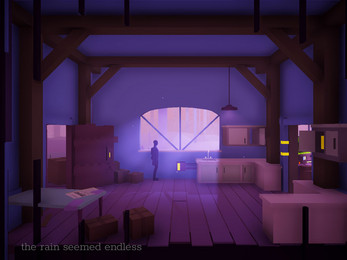 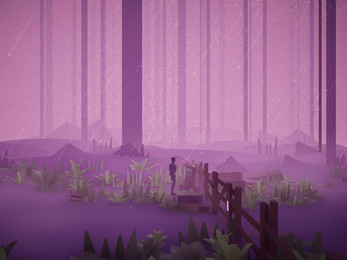 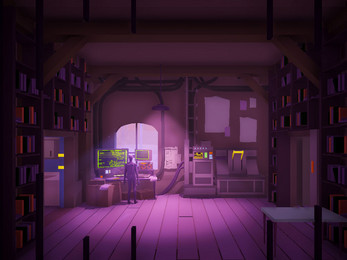